Antonio Marcos Tavares Barbosa has been working as the Industrial Director of the Kitambar ceramic factory for over 30 years. In 2007, after decades of making bricks, blocks and tiles for the local Brazilian economy, Barbosa and his team of 42 employees decided to run their factory on an unusual concoction of plants for energy, including algaroba, cashew tree residues and coconut husk. These plants are all by-products of renewable local crops that would normally be thrown away with no productive use.

This may seem like a small step by a local business on their journey to sustainability. However, Brazil is seeing record rates of deforestation, and regional businesses like Kitambar play a pivotal role in conserving the biodiversity and wildlife in the country. Nearly 8,000 square kilometers, or 3,000 square miles, of forest were destroyed between August 2017 and July 2018, which is equal to the size of 987,000 football fields.

The Kitambar factory, which formerly used firewood to fire up its kilns, was indirectly involved in this trend by sourcing its wood fuel from forests that are "unmanaged," which essentially means that the biodiversity and health of these forests were not actively maintained by governmental or private parties. Previously, the factory would have used over 30,000 tons of non-renewable wood as fuel each year— mostly because it was cheap and there was little incentive to try to find cleaner fuel sources. 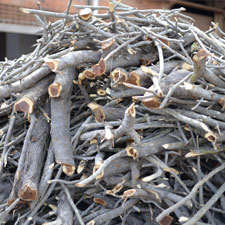 But it wasn’t just a problem of scale — they were also using wood that was not dried properly, or undergoing the process of removing moisture so that it burns efficiently. As a result, the kilns were burning through more wood, resulting in greater smoke pollution.

Much of the wood fuel source at this time was coming from the Caatinga, a beautiful desert-like landscape in northeastern Brazil, filled with cacti, thorny bushes and small trees. It’s one of the most threatened ecosystems in Brazil.

Nearly 50 percent of the area has lost native vegetation or been converted for grazing by livestock. Couple that with trees being used for fuel and fires burning through the region, and the reality is that much of the natural landscape is at risk of completely disappearing.

That’s why it became imperative for Kitambar to reassess their fuel source. Over a decade ago it converted the facility to more renewable sources of fuel, thereby reducing emissions from deforestation. MetLife, via a partnership with Natural Capital Partners, a firm specializing in environmental solutions for business, has provided critical finance to the program through purchasing carbon credits for over 3 years.

“At MetLife we believe business has a vital role in leading the transformation to a healthy, thriving low carbon economy,” said Tim O’Brien, Senior Vice President, Global Real Estate and Corporate Services. “By becoming carbon neutral we are demonstrating our commitment to that goal by reducing our carbon emissions, becoming more efficient in how we run our business and financing low carbon projects which improve health and livelihoods for communities around the world.”

Today, Kitambar is a factory that runs entirely on agricultural waste and other renewable materials that are thoughtfully sourced. Algoraba, for instance, a free-growing shrub that comes from the mesquite family and is often actually referred to as a weed on other continents, serves as a good alternative to timber. Similarly, cashew trees are native to the region. That's why their husks and prunings could easily be added to the mix of biomass for fuel without damaging the tree itself.

By finding local sources that were either plants, waste or trimmings, Kitambar transitioned away from cheap fuelwood to a slightly more expensive but long-lasting solution. Though these materials cost more, they are more efficient, burning slower and emitting fewer toxic gases into the air.

The changes led to some lesser-talked-about benefits as well. Workers now enjoy a safer and cleaner work environment — and they inhale less smoke and toxic fumes. And this also led to new job opportunities, with four new workers gaining permanent employment and many more having temporary work during the transition period.

In the process of converting fuel sources, the factory also looked more closely at how their kilns were operating. Could they improve the technology? And they did just that — converting the kilns to reduce heat loss and improve efficiency, and repurposing waste, like ash, from the energy consumption process into the clay that is used to make ceramic tiles that they produce and sell as their primary product.

Ailton Pedro da Silva, who has worked at the factory since 2005 as a production line worker, says, "Much has changed here since then. The change of fuel alone made things so much better. We no longer have contact with the fire, I just have to put the fuel into the feeder and that’s it. With the construction of safety fences, there is also much more protection from the machines."

All of these detailed efforts led to the Kitambar factory gaining regional recognition and becoming a model for other industrial operations. In 2016, it was awarded a sustainability prize from the Federation of Industries in their home state of Pernambuco.

But for Barbosa to do this on his own would have been a challenging proposition, explains Christiaan Vrolijk of Natural Capital Partners. 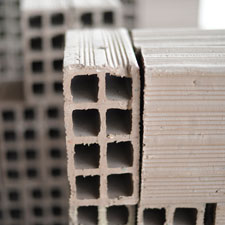 “There were both technological and financial barriers to the project, which were overcome through the carbon payments and involvement of the various project partners. The market for renewable biomass resources did not exist in the region at the start of the project. Renewable biomass prices are significantly higher than that for non-sustainable sourced biomass, which was very cheap. And the investments required to upgrade the kiln efficiency were also difficult to finance, and difficult to implement because of a lack of (human) capacity locally.”

And the overall impact is far more than just environmental — Kitambar is very committed to their role in the community. They have been able to support a rehabilitation center, a church and a youth center in the area by providing them with financial contributions for their maintenance and free tiles and construction material to build the necessary infrastructure.

As a continuation of MetLife's promise to achieve carbon neutrality each year, we are dedicated to actively finding opportunities to increase the environmental and economic sustainability of the places where we live and work.

The Kitambar ceramic factory in northeastern Brazil is one of six projects where MetLife supports innovative programs that help sustain the local environment while offsetting our greenhouse gas emissions. Through this project, the Kitambar factory is significantly reducing their environmental impact by converting their fuel source — instead of endangered trees, they're opting to fire up their kilns with agricultural waste.

MetLife Stories
How to Overcome Setbacks through Perseverance
January 31, 2019
SHARE

Making a Difference Globally and Locally: How We Give Back